A former Naval Artificer, Thasveer Salim made a world record for spreading positivity during the pandemic 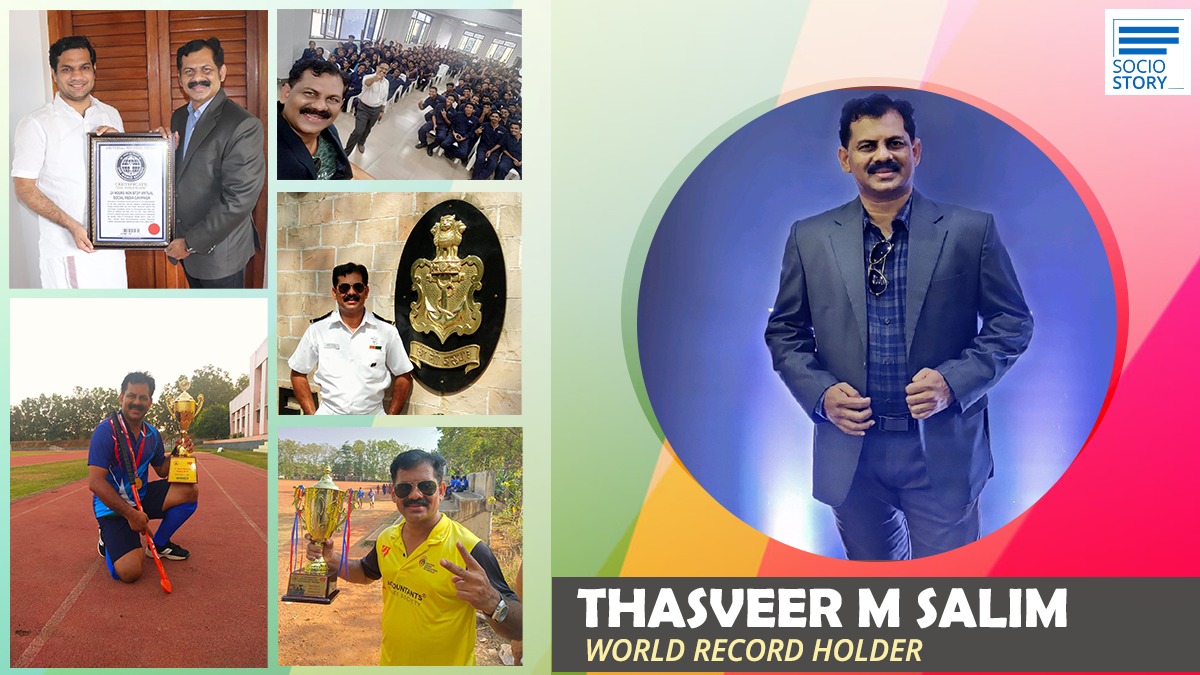 Amidst all negatives of the pandemic and lockdown, the only thing that remained positive was the Coronavirus. Yes, this minute virus devastated the lives of lakhs of people and caused an upheaval in all our lives. While there were good Samaritans who went beyond their call of duty to save lives of their fellow beings, there were a few others who instilled and spread a ray of hope among people.

Meanwhile, a thought struck Thasveer M Salim and he decided to do something constructive and positive. Since going digital was the new norm, Thasveer wanted to do a social media campaign but wanted to execute in a different way. So, what he did was a unique as well as an innovative step to spread rays of hope and positivity across the globe which fetched a World record to Thasveer M Salim for organizing a 24 hours non-stop virtual social media campaign on the theme ‘Rebuild India’. The program named ‘We Shall Overcome’ was organized in association with Media Waves and Universal Record Forum. The 24 hrs non-stop social media campaign was streamed on Essaar Media YouTube channel.

The world record event was conceptualized and curated by Thasveer M Salim-a former Air Artificer from the Indian Navy. Thasveer is currently working as Chief Operating Officer at Tracez training and consultancy services, Oman. The campaign witnessed 71 speakers delivering sessions on different topics under ‘Rebuilding India’ post pandemic. “During this period, we could bring together 72 speakers across the globe to inspire, to conquer and to uplift the morale to fight back and rebuild our nation stronger,” said Thasveer, chief organizer of the world record program.

“The main challenge was to continue the campaign during the late-night hours. However, with the help of like-minded people from across the world, we were able to successfully complete the campaign with a good number of audiences. The YouTube channel had more than 10 million followers. A world record attempt that too during the pandemic was quite a tough challenge,” shared Thasveer who is a hockey player by passion.

Thasveer served in the Indian Navy for 20 years as an Air Artificer (Aeronautical Engg). He graduated in B.Sc Aeronautics from Cochin University of Science and Technology. Thasveer was awarded with commendation by CnC western fleet for dedication of his duty. Post retirement in 2017, Thasveer started a firm called 'Media Waves' in Goa.