Bringing joy in the lives of children with Autism, Devangana has been transforming such lives 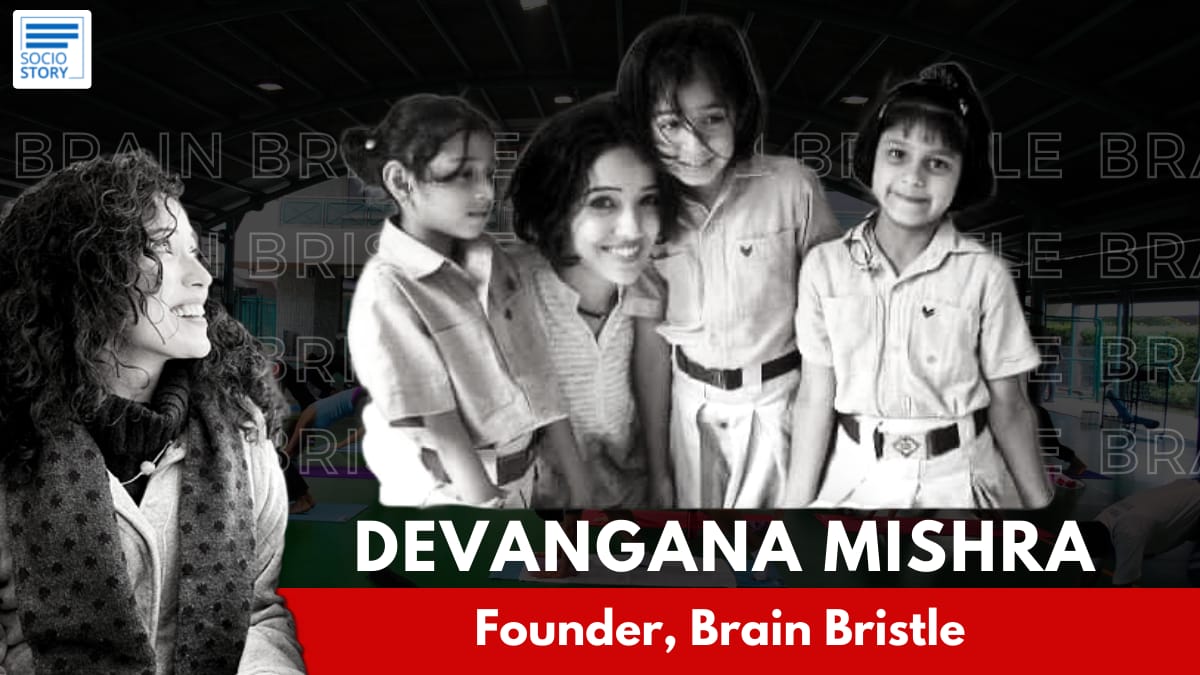 Recognised and observed internationally on April 2 every year, the World Autism Awareness  Day encourages Member States of the United Nations to take measures to raise awareness about people with Autism Spectrum Disorder throughout the world. This year’s observance will address inclusive education in the context of Sustainability Development Goals (SDG 4). It is crucial to foster inclusive quality education for people on the autism spectrum so that they can fulfil their potential and achieve sustainable success. Socio Story brings to you the story of Devangana Mishra, Founder of Brain Bristle who is striving to make a difference in the lives of children suffering from Autism.

Mishra once met a child on the spectrum when music was being played at a school assembly and a child blew up in a big tantrum. That is when she got very anxious which marked a turning point. She decided to go to Columbia to study autism and intellectual disabilities.

Based in Mumbai, 35-year-old Mishra, pursued her BA Hons Sociology/ Anthropology from LSR, Delhi, then a Dual MA in Intellectual Disabilities and Autism from Columbia University, New York, where she got a scholarship for academic excellence. After which she has lived and worked across New York, Delhi, Jakarta, Indonesia, Hong Kong, and then she was on the leadership team of Teach For India, after which she launched Brain Bristle.

Mishra shared that children with Autism are hyperactive, obsessed, anxious, throw tantrums, can be violent and can be a public nuisance if not caught early- many of them are also non-verbal. One of the ways to deal with them is to find them early and expose them to as much neurotypicality as possible early on and help them adapt, assimilate and respond.  On being asked on how to bring the best out of children on the spectrum of Autism, Mishra said, “By holding them to the same race and ambition as kids on the spectrum of autism- by teaching them, supporting them, pushing them to emerge strong, competent and independent in the real world.”

In India, we still view autism as a special need and don't hold ambitious goals to it in terms of neurotypicality, we continue to keep it as something special, unique, 'retarded'. The more real we keep it, the more we expose them to the real world, the more our kids on the spectrum of autism would grow their minds and build inner strength to tackle everyday challenges rather than someone constantly making amendments and adjustments for them, Mishra opines.

Mishra handpicks 10 kids on the spectrum of autism and works hard to pull them into neurotypicality and strength rather than let them get buried by fear and oppression that the neurotypical world brings on to them. Sharing the impact that she has made, Mishra said, “I've just begun my work in India, but globally I've been able to get at least 50 kids from never being allowed in school into schools, mainstream classrooms, side gigs as jobs, friendships and fun. Most of them are now studying in colleges across the globe.”

Mishra hopes to scale to reach at least 30 children this year, put them on paths of transformation, then move her model to B2B by training educators in the space of autism on how she works with these kids and see what they take away, perceive it as and understand.