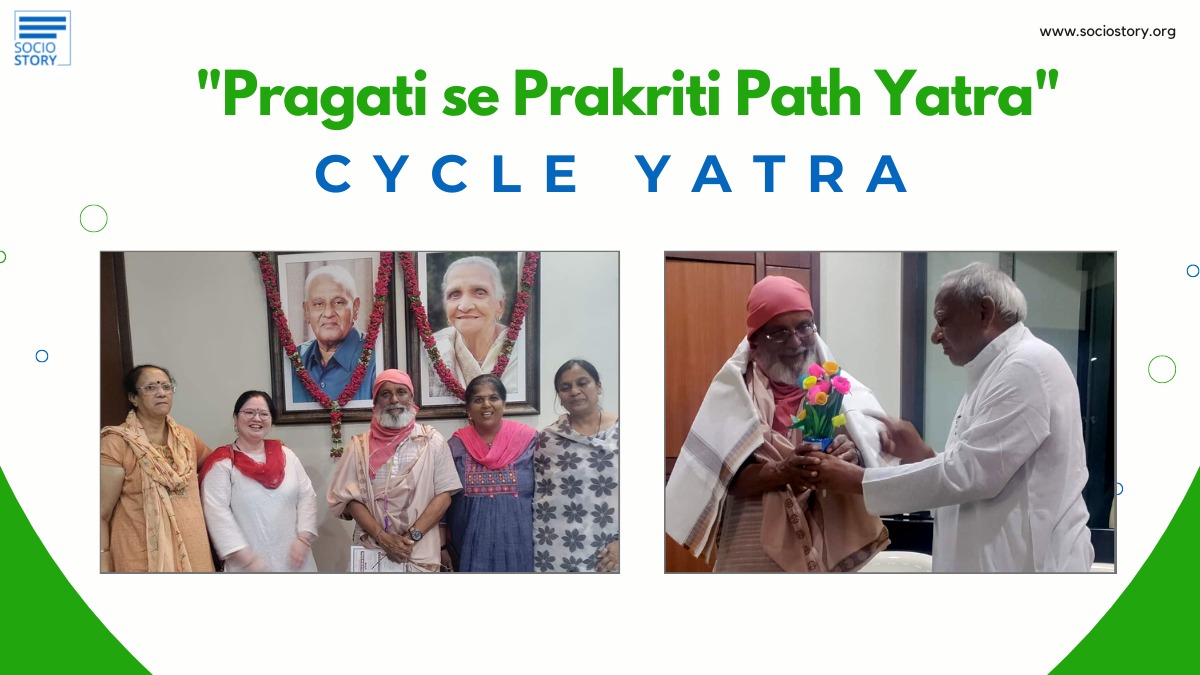 In the modern world, ecological calamities have become common. Examples of declining life-supporting resources range from the paucity of water in Cape Town to the US snowstorm. Regarding water scarcity, Cape Town is not too far from Mexico and Brazil. Only two hours of water are provided to Mexico City each day, and in Sao Paulo, Brazil, policemen are responsible for water distribution. In order to meet its water needs, the UAE is also considering transporting glaciers from Antarctica by sea.

Threatening statistics and reports of environmental impact on air, water, and health has been released by the UN. Eleven major cities in India will have a water crisis soon. These reports reach the conclusion that the human race will be severely suffering by 2050 if crucial and necessary initiatives are not taken.

In fact, planners are primarily focused on our overwhelming economic advantages. Our plans/projects completely disregard the reality that a stable ecological world is a prerequisite for economic stability, and our economic growth matrix does not account for this in any way. Ironically, the state of our land, water, forests, and air do not in any way contribute to our GDP, but the effects and efforts made to recover these resources do.

Dr Anil Prakash Joshi, Padma Bhushan awardee and founder of HESCO, said, “for instance, poor air, soil, and water quality that results in health loss is not mentioned in GDP, but increased medication consumption and hospital visits are included in GDP. Today's rising industries include chemical companies, hospitals, water and air purifiers, and water bottles, but factors and people getting sick from hazardous soil and water are not reflected in GDP.”

The argument for environmental preservation is simply paradoxical because ecology and the environment are not important indicators of economic progress. It is true that the environment takes a back seat in our development strategy. The National Development Index makes no note of this. The one and sole metric used to evaluate a nation's level of progress is economic growth.

The concept of GDP emerged to track growth, an ultimate indicator of a nation's prosperity, and a window for economic growth following the Second World War. This quickly spread to other parts of the world. India followed suit, but we neglected that this global growth statistic is too limited to evaluate overall growth that takes into account ecology and the environment.

Dr Joshi further added, "GDP was also taken as an economic growth metric from Europeans, much like the constitution that we borrowed from the British. Obsessed with western style, we neglect the fact that we live in an agrarian nation where more than 70% of the population relies on agriculture for a living; our subsistence pattern is very different. In communities, agriculture is a product that includes the land, rivers, and forests. As a result, maintaining close watch over their situation is one of our development responsibilities.

Moreover, a country's natural resources are its genuine capital. Therefore, primary productivity is dependent on the state of the soil, forests, rivers, and other natural resources. All secondary production is dependent on the primary's state of health. The latter is artificial and industrialization is planned to utilize it. Primary producers and overall productivity were ignored by our rapid industrial growth. In recent years, we have lost sight of the fact that natural resources are essential to all forms of life, whereas manufactured goods simply provide certain conveniences or luxuries. The former is only enjoyed by a small number of individuals in the nation, whereas nature is available to everyone and is in everyone's favour. Thus, ecology is at stake now and the current economic pattern takes a toll directly on nature."