How this Young girl from Hyderabad is Changing the Society 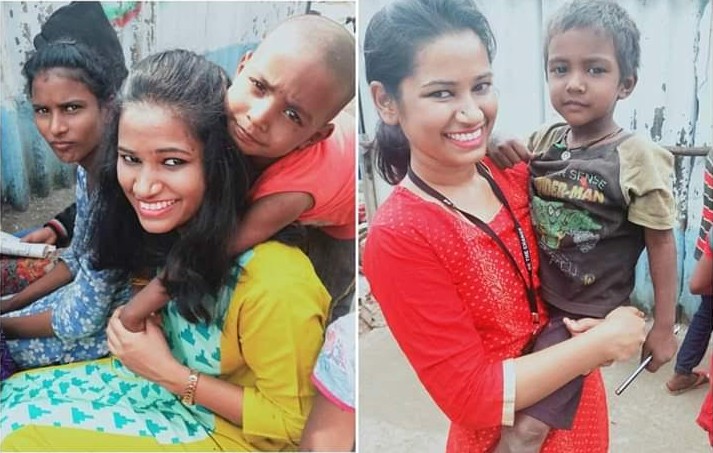 Lavanya Gudelli, a 20-year-old student, belongs to an extremely orthodox family in which girls are married off at an early age, and education and literacy are alien words. The fact that she is the only one among generations of her entire family to have graduated speaks volumes about her strength of character, determination, and focus. She is also blessed with a heart of gold. As she grew, she started to feel deeply moved by the plight of the unfortunate, underprivileged people around her.

A secret desire took birth in the heart of this sensitive samaritan that she would do her bit for the society within her limited means. She was in search of ways and means to accomplish her aim. Her endeavors bore fruit in August 2018. Defying all odds, she started her own NGO which she rightly named ‘Be the Change’, based on the Gandhian quote that has always been her source of inspiration and motivation.

That was just the first hesitant step. She chose August 15 to be the day of her first venture. What better day could she have chosen? She decided to feed the hungry and the needy. But she had no clue where to start. So she randomly went to a nearby slum to distribute food. While interacting with the people, she realized that they were struggling for even the basic things that are taken for granted by the privileged classes. There it dawned upon her that “conducting awareness campaigns and capacity building sessions was the best way for me to attempt to solve their problems,” explains Lavanya.

Soon, as word of her efforts spread and goodwill grew, other like-minded youth joined the bandwagon. She was soon able to raise a platform for youth to share ideas and views. This platform was called "Changemakers’ Club". This became a community event through her NGO which works for the social and personal transformation of the people.

“Now I'm having 200 volunteers and 15 core team,” Lavanya happily says. Encouraged by the positive response to her sincere endeavors, she started another initiative called "myperiodmypride" which works at educating women and young girls through awareness campaigns about problems relating to periods and aims at helping them break the silence on this tabooed topic. When asked about its impact, a now confident Lavanya says, “We work towards creating menstrual hygiene awareness by distributing sanitary napkins free of cost among slum-dwellers. In one year, we have reached hundreds of women.” 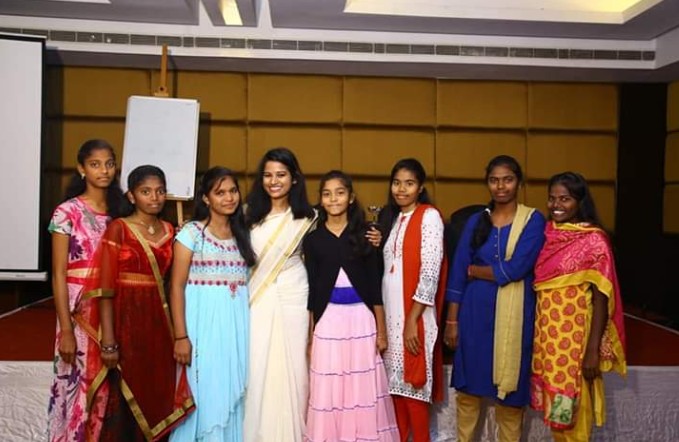 Lavanya’s work has now also extended to many more sectors like old age homes and orphanages. Her team spends valuable time with the inmates and provides them their basic requirements.

They also take care of environmental issues by planting trees.

Lavanya’s story is an inspiration to many. It proves true the saying, ‘Where there’s a will, there’s a way’.Kudos girl, you have a long way to go. People like you will surely make the world a better place to live in.