Meet Madhujit Singh who has been empowering women at workplaces 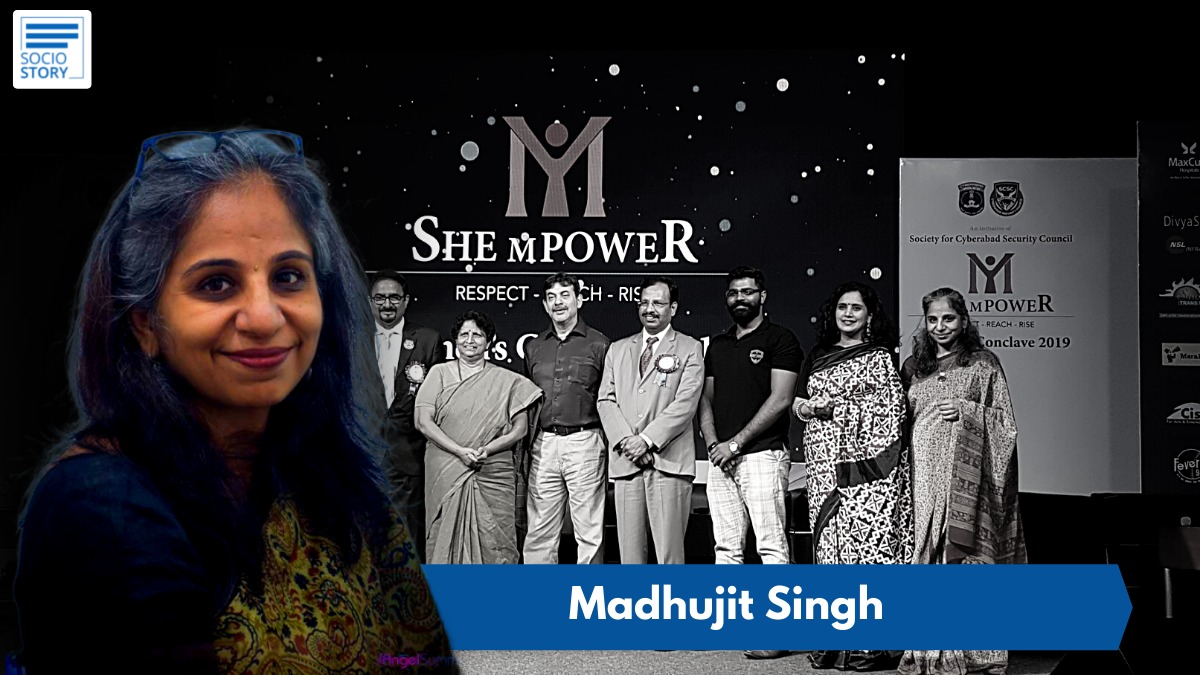 When I first heard the term ‘Benevolent Sexism’, I tried to do a little research on why we attribute a certain set of characteristics or behaviour to women. Although I got a fair idea of what it meant, I understood it better when someone narrated it with real-life examples. This made me curious and when the conversation continued, I got to know a lot more about the organisation that has been working on Diversity and Inclusion. So, here goes the story!

When Madhujit Singh’s friend lent her a book called ‘Lean In: Women, Work, and the Will to Lead’, the quest for why women were missing in workplaces started. After having read the book twice, Singh could relate to a lot of stories which highlighted the factors that were detrimental for a women’s career. Also, Singh, having a background in the learning and development sector, used to visit corporations where she found the number of women in her session were less than the overall percentage of women in that organisation.

Speaking to Socio Story, Singh said, “Women in India have much been conditioned to be subservient to the society as a whole. Generations of conditioning does not allow them to aspire for growth. In the process, they forget the power that they have and take up roles which are less visible and less paying even though women are as capable or as educated as men. It's something that's been going on for generations and the need of the hour is to empower them.”

So, Ananya-Women@work was founded in 2014 with an intention to make the workplace (in the corporate sector) more equitable and gender diverse. They support organisations in creating women leaders by supporting women in their mid-management levels to relook at their beliefs and help them in moving to the next level in their career. The process involves a workshop and handholding them to be able to face the difficult situations, asking for help, supporting each other and learning to dream big.

“To bring change in the society we need to treat each one with dignity and respect irrespective of age, gender, caste, creed, spoken language, mother tongue and anything that makes the other person different from us. Bringing change starts with me. Organisations are a microcosm of the society we represent. By ensuring each one is treated with dignity, there will be a ripple effect of the impact in the society,” shared Singh.

On a positive note, Singh said that a lot of realisation has happened over the years. Sharing one of the examples, Singh said, “A mother of a 8-month-old was offered an opportunity to go abroad on an assignment. This kind of an offer seemed confusing. Why? Firstly, the boss offered it to a woman and second, it was doubtful of the woman if she would take it up, considering that she had a little kid. But yes, without any hesitation, the woman took it up and flew to the US while her husband took care of the child. This is an example of breaking the stereotypes as well as the notion of benevolent sexism.”

Stating that the minds are tuned in a particular way, Singh who also organises workshops on prevention of sexual harassment, added, “There is a lot of stereotyping that happens at work places. While some feel that travel assignments and late-night assignments are for men, a few others feel that only men can occupy higher positions. These are some examples of benevolent sexism and it is high time people are sensitised to accept things and people the way they are.”

Sharing one of her experiences while taking a session, 53-year-old Singh said, “In one of my training programs which was 3-day long, one participant (at the end of day one) comes up to me and said she was nominated for the workshop and came with no expectations assuming it is yet another workshop to attend. It has always been her plan that she would retire once her daughter goes to college. But by the end of the first day itself, she was wondering why she ever thought of retiring early. She shared that she now plans to continue her career till she can and also ensure that she moves forward. One and half years later, she has moved into a role which has direct business impact and she claims to have started investing time in herself, something that she has avoided all these years."

When a woman can feel the power they have individually and collectively, they have the capacity to bring about change in their surroundings. Bringing systemic change is one step at a time. Singh concluded by saying that taking gender sensitivity programs at school levels where we are able to impact the boys and girls about what they can do in future would be something that she would like to work on. “We would like to focus on helping organisations on Inclusion and Diversity (Inclusive of women and transgenders) by organising gender sensitivity programmes,” she said.