Meet Mx Dhananjay Chauhan, the first transgender student of Panjab University who is now encouraging education among the LGBTQ community 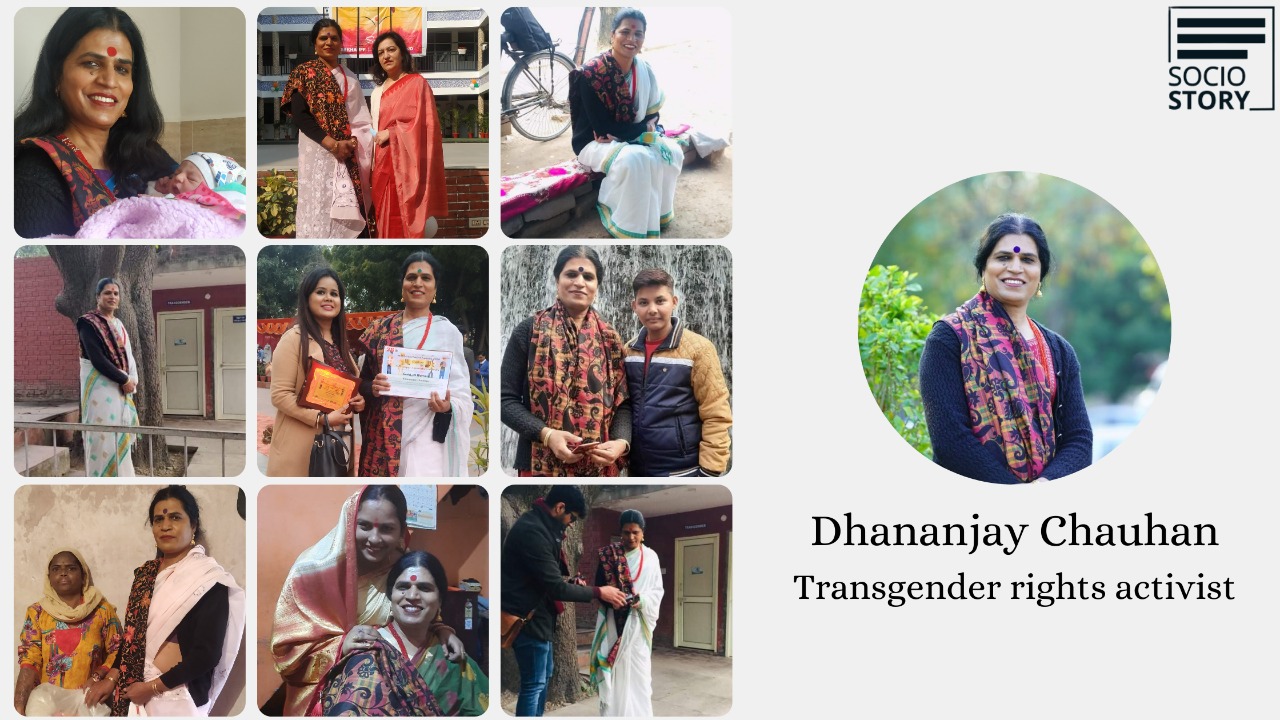 During conversations and interactions with people from the LGBTQ community, I felt that there is a very thin line between how they were treated and how they are treated even after the Supreme Court of India declared transgender people the ‘third gender’. It also affirmed that the fundamental rights granted under the Constitution of India will be equally applicable to them and it has given them the right to self-identification of their gender. Social stigmatisation, widespread discrimination, abuse, contempt is what still binds the community into a closed society. Socio Story brings to you this story on Zero Discrimination day which is observed on March 1.

From education, career opportunities to conventional roles and access to public amenities especially washrooms, the challenge remains the same for the LGBTQ community which has been ostracised by the wider community. This reminded me of a docu-drama ‘Admitted’ directed by Ojaswwee Sharma which was released in June (Pride month) last year. The documentary revolves around transgender activist Mx Dhananjay Chauhan who was the first transgender person (under the third gender category) to get admission in a university. Narrated by transgender pioneer Dhananjay Chauhan herself, she shared her journey and tribulations at Panjab University, Chandigarh.

Chauhan who completed her Masters in Human Rights from the University shared that she faced a lot of difficulties from childhood. Like most of the people from the community, there was no acceptance from Chauhan’s family. The family tried ‘correcting’ her and also tried black magic to take the ‘evil’ out from her.

Having been assigned male at birth, Chauhan discovered her true self at the age of five. She loved playing with girls and behaving like a girl. However, she fell a victim of sexual abuse from the age of 5-12 years. She faced harassment and bullying from her peers in school and college. Chauhan slipped into depression and this affected her studies, where she had once excelled.

When she was pursuing her MA in 1993, a few people attempted to rape her. Hence, she was forced to discontinue her studies and was pushed by her family to get married. However, when she decided to defeat the odds by taking admission for LLB the next year, she again had to face sexual abuse. Chauhan was also bullied by co-workers at job place.

The most horrifying incident, Chauhan shared, was when she was kidnapped by two boys who took her to a hostel in Ambala where 20 boys raped her. There were a group of boys who assaulted her in Chandigarh. But, a strong willed Chauhan wanted to prove herself by setting an example for the entire community and in 2009, she started an NGO named ‘Saksham Trust’.

After getting admission into the Panjab University in 2015, Chauhan wrote a letter to the V-C of the varsity asking about which washroom to use- ‘Male’ or ‘Female’? Having raised this question, the V-C replied within a few days mentioning about allocation of funds for construction of washrooms. It mentioned that an amount of Rs 23 lakh budget has been allocated to construct 4 toilets. “I was happy with this move. Besides that, to motivate people from the trans-community to attend college, I also gave a representation to make education free for transgenders in many Universities,” shared 50-year-old Chauhan who had formed an anti-discrimination cell within the university.

Chauhan said, “I am very happy with my life and I feel there is something that I have contributed towards the well-being of others in my community. People accepted me because I chose University for complete education and not begging. I feel proud to say that I have given speeches on transgender welfare in many European and Asian countries and have bagged more than 150 awards.”

Sharing her future plans, Chauhan said she wants to make separate washrooms for the trans community in public places and in educational institutions. “I want to construct a hostel for transgenders and provide free education by encouraging education among my community,” added Chauhan by concluding that the mainstream society should accept transgender people and to involve them in policymaking.