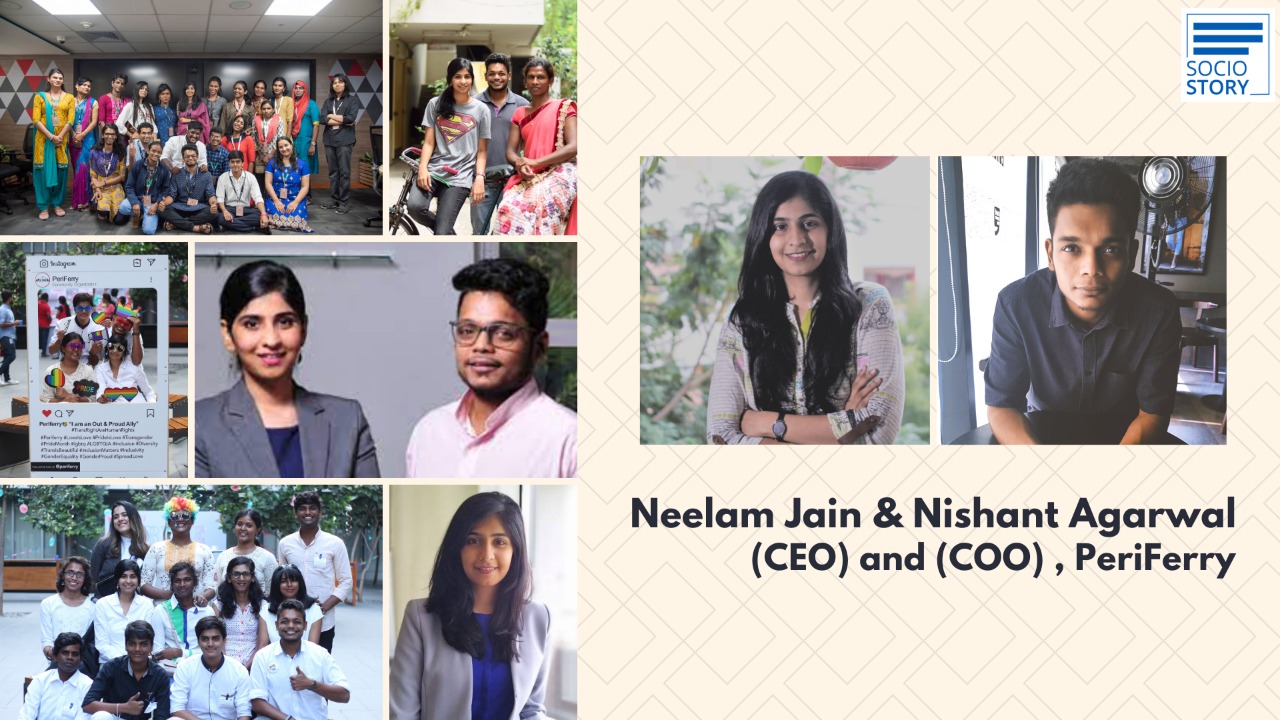 From non-acceptance, ostracization to discrimination and being forced into prostitution, the life of transgender’s is very tough and painful. While most of them have a similar story to share, there are only a few trans who were able to break the stereotypes and take a step forward to stand as an example. Why has it become so difficult to accept them into mainstream society? Why do they find it difficult to educate themselves, get a decent job and earn a living? Moreover, why is it that they cannot be accepted and respected? For a mere reason that they cannot identify their gender with the sex assigned at birth?

Although our classic Indian historical texts (e.g., the concept of Ardhanarishvara) and architectures (e.g., depictions in the Ajanta & Ellora caves) recognise the transgender community and notes their importance and talents, the mainstream society of present India still has a long way to see people from the trans community as an equal part of the society across all levels.

It is high time that we as well-educated and responsible citizens of this country broaden our perspective and give a deep thought on the lives of people from the trans community. While all of us have been hearing, speaking, writing, deliberating on ‘Diversity and Inclusion’, we should start educating ourself and people around us. After all, trans are also ‘humans’ and they deserve to be respected and to live a life with dignity.

With a hope that we do our part, Socio Story brings to you a story of a young brilliant girl who created a social enterprise in the country solely dedicated to empower the Indian transgender community through employment and upskilling opportunities. After two years of working with Goldman Sachs as a financial analyst, Neelam Jain realised the need to do something for the welfare of the transgender community. With an aim to enable the trans community to earn a better living, the idea of PeriFerry was born.

“There was a need to design and create an exclusive solution at the grassroot level to address this issue and uplift the socio-economic status of the transgender community. It was this need that led me to submit a proposal to my team via an internal competition for social impact during my stint as a financial analyst at Goldman Sachs,” shared 26-year-old social entrepreneur Neelam Jain.

It was Neelam's passion and the ideas in that proposal which eventually became the first blueprint of PeriFerry. Neelam quit from Goldman Sachs in 2016 and spent more than a year doing field work before founding PeriFerry. Founded in 2017, PeriFerry is a social enterprise working to uplift the transgender community via livelihood opportunities. The word ‘Periphery’ means edge. For the team, it connects them to those who are on the ‘fringe’ and how they as facilitators can ferry them to their desired destination.

Speaking on the initiatives of PeriFerry, Jain said, “The first one called ‘REVIVE’ is a one-of-a-kind residential corporate training programme designed for transgender individuals to venture into the world of work with confidence and acceptance. The training topics include - Computer literacy, English communication, Soft Skills, Interview preparation and more. The second called ‘Trans Inn’ is a short stay home for homeless, runway, distressed trans persons seeking life support and job opportunities. Staying true to our goal of ferrying a person on the ‘fringe’ to their desired destinations, the ultimate aim of this project is to make its beneficiaries ready to take on their dreams whether that is a dignified job or a venture into a business of their own.”

Till date, Neelam and her team continue to work and create equal opportunities for the trans community through employment and training. PeriFerry has evolved from its first office being nothing more than a shade under the tree in a public park to having offices across Chennai & Bangalore. Today, what sets the team apart is the impact they set to create every single day.

Sharing the impact that has been created, Nishant Agarwal, COO of PeriFerry, said, “In the past 3 years, PeriFerry has been successful in upskilling 330+ trans, providing employment to 170+ trans, sensitisation of 22,000+ employees, enabling 60+ Corporate Inclusion Journeys, reached to 1,400+ people of the trans community and have upskilled 150+ trans folks via REVIVE.”

Jain who was listed under Forbes 30 Under 30, said, “We feel as a community and their rights we are making progress at a very steady rate. Collaboration between the government and organisations that work on this are extremely crucial if we want to reach the masses and understand in depth about the challenges faced by the community. This will also help us arrive at solutions.”

Adding that trans people are as diverse as a community as any other person; from being a front office executive to sitting on the board table of a company, Jain said, “We run sensitisation workshops that help people deeply understand about the community, their issues and why acceptance is important. We also help break a lot of stereotypes so that people start seeing the trans community from a different lens.”

Recalling one of the most memorable experiences, Agarwal shared, “I started working in PeriFerry as a social media intern. During a conversation with one of them, I was curious to know about their progress in the job, about their family and other personal experiences. She told me that after she received a job, her biological family accepted her. She was also really glad that she was truly accepted as a sister and daughter. She also performed all the rituals at her brother's wedding as a woman. After 20 years of begging on a signal to finding a dignified job and acceptance, she really had come a long way.”

“We would like to start our shelter & training homes in multiple cities. We also aim at impacting the community, creating awareness and financial independence for the 50 lakh trans throughout India,” concluded 26-year-old Jain.