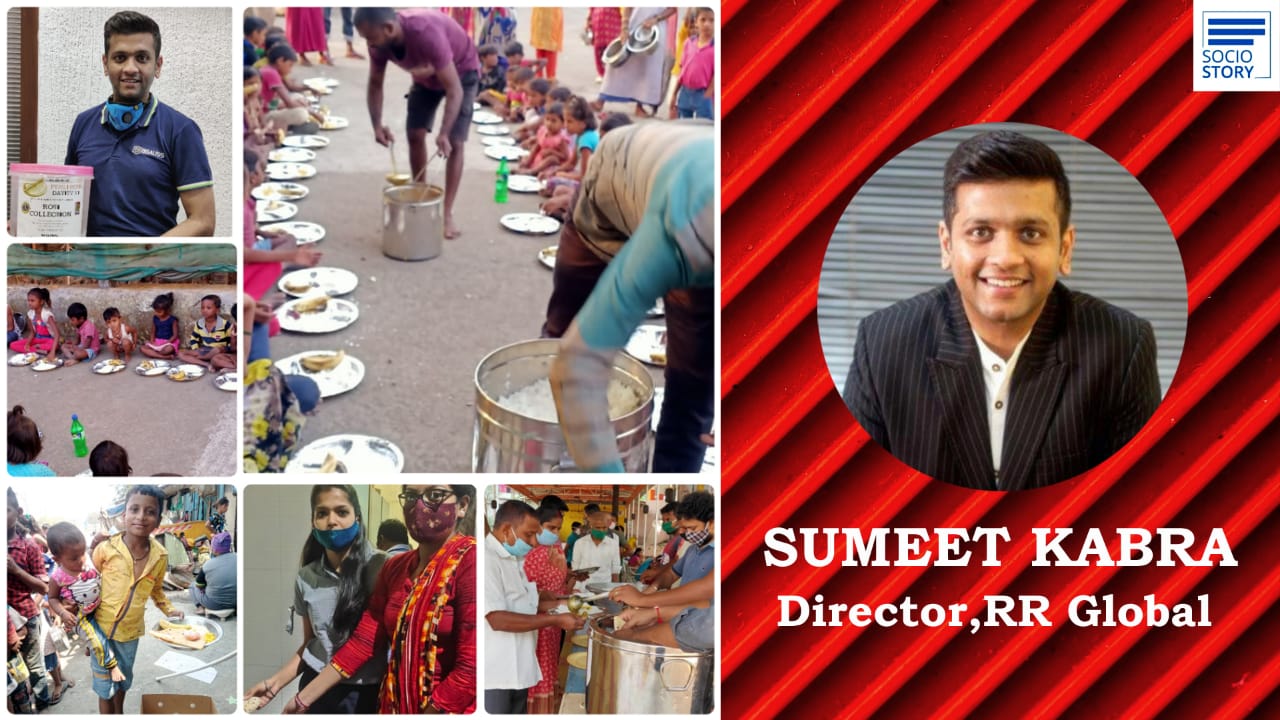 “If you can’t feed a hundred people, then just feed one,” goes a saying by Mother Teresa. When I first heard about ‘Pehli Roti Dayitv Ki’, I could immediately relate to this saying. A corporate initiative supported by RR Global Group in association with other NGOs, ‘Pehli Roti Dayitv Ki’ has been receiving a tremendous response from the time of its inception.

“The plight of small kids picking up food from garbage to fill their stomach was something that got etched on my memory. Since that day, ideas and thought flashed my mind and I was determined to do something through collective efforts. There cannot be a peaceful world, unless hunger is conquered. Hence the initiative ‘Pehli Roti Dayitv Ki’ - Let’s join hands to fight hunger,” shared Sumeet Kabra, Director, RR Global.

Initiated in July 2019 in Byculla within the nearby residential locations, the non-profit hunger project ‘Pehli Roti Dayitv Ki’ was initiated for corporates in March 2021. It is a self-sustained model with more than 50 Roti collection centers and 150 sub-collection centers across Mumbai. Under this project, employees of the organization/corporate bring a minimum of 1 extra roti in their lunch box every Tuesday. It is collected at one point and is then distributed to the needy.

With Lions Club of millennials and Lions club of churchgate, Hema Foundation, Ekalyuva and Round Table as NGO partners, they have successfully collected more than One million rotis till date and have been collecting 4,000 rotis on an average on daily basis which are being delivered to the needy.

“The aim of this initiative is to help the needy directly, and not by going through various other channels. There is no monetary involvement in the project. The only form of contribution accepted from anyone is in the form of ‘ROTI’. Hunger is not an issue of charity; it is a responsibility of stronger section of society towards weaker section of society and a matter of justice. Every human has right to food,” said 39-year-old Kabra adding that the other association is with the Roti Bank, Aashaayen and online partner OneINR.

Kabra further said, “We have approached corporates to join hands with us in this project. Employees of the organization would have to bring a minimum of 1 extra roti in their lunch box on Tuesday. The project starts off from Central Mumbai where the rotis are collected for distribution in more than 10 locations throughout Mumbai.”

Social stigma towards the people living below the poverty line, lack of awareness on social and democratic rights are the main cause of the poor remaining poor. Marginalized people do not have access to information or social awareness and these individuals are prevented from socio – economic and political participation.

Lack of job opportunities is another cause of people remaining poor. Creating an environment where every adult has equal opportunity is the need of the hour. To reach the grassroot level, as a society our first step is ACCEPTANCE - to accept these marginalized people, identification and then categorizing them under various socio –economic categories will help us understand them better.

“People and families who are contributing every week, wait for the day of their contribution eagerly. Many of them opine that these kinds of projects teach values to the generations to come. Thus, the families express that such projects enrich their social values of giving back to society. All the appreciation, contribution and seeing the smiles on the face of needy is what keeps us going. We are looking to expand and pull in corporates from other major metro cities in this year,” concluded Kabra.