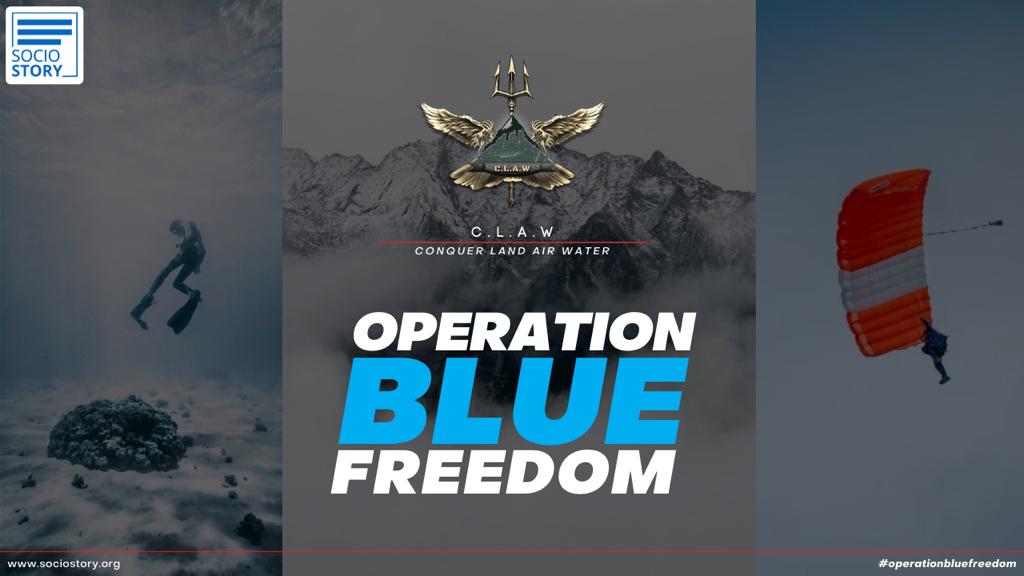 There goes a saying, ‘Of all the wonders of the world, the horizon is the greatest’ and when I read this, I could relate it to an amazing expedition set to be launched on August 15. Called as #OperationBlueFreedom- Siachen Glacier Land World Record by People with disabilities trained by Indian Armed Forces veterans, the expedition is a world record of people with disabilities for the first time collectively scaling the world’s highest battlefield.

“The global initiative aims to bring persons with disabilities and former Special Forces veterans in action-to drive inner transformation and induce powerful global action for inclusion” says Major Vivek Jacob, Founder of Operation Blue Freedom adding that it aims to mainstream the mindset that Special Forces and people with disabilities share i.e., to -Survive, Stabilize and Thrive in hostile environments.

Operation Blue Freedom, under the ambit of C.L.A.W aims to shatter the inaccurate perception of pity, charity and inability associated with ‘disability’ worldwide and recreate it to one of dignity, ability, and freedom on the ground by creating the world’s first ‘Triple Elemental World Records’ in Land, Air and Water.

The Indian Army has accorded in-principal approval for the execution of ‘Land world record’ at Siachen Glacier. The land world record is for the largest team of people with disabilities (amputees/ visually impaired) to scale the Siachen Glacier - the world's highest battlefield with temperatures dropping to minus 50 degree centigrade, making it one of the harshest terrains on Earth.

As part of this historic endeavour, people with disabilities will be trained in Skydiving, Scuba Diving and Mountaineering by the former Special Forces instructors and specialist civilian volunteers. Post-training the team will proceed to create the ‘Triple Elemental World Records’, the first ever in World history: