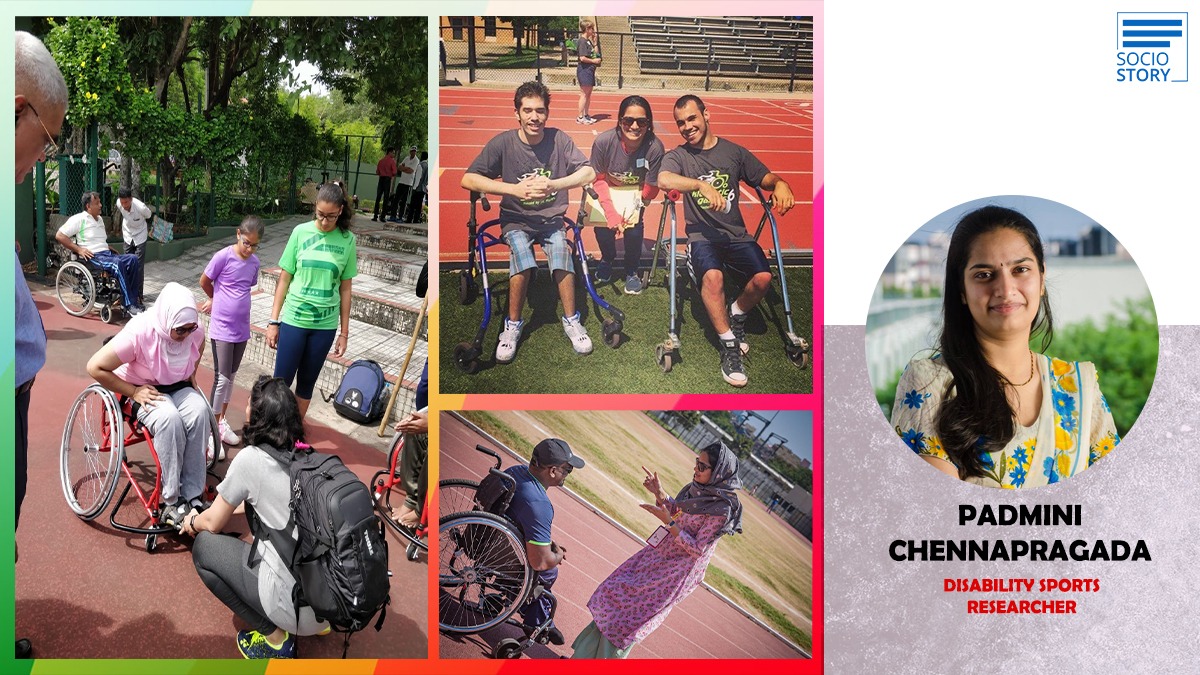 While India finished 48th on the medal tally in the Tokyo Olympics, the country is witnessing the ongoing Paralympic games. India has sent its largest ever contingent to the Tokyo 2020 Paralympic games with a total of 54 athletes across nine para sports. While the country is elated and is celebrating the victory of players while new records are being set by Indian players at the Paralympics, Socio Story brings a story on the need to encourage and uplift athletes with physical disabilities.

Although it is no mean task to clinch medals for the country while competing with players across the globe, it is doubly hard for players with disabilities to make a mark and achieve accolades. Apart from their own difficulties, athletes with disabilities face a lot of other challenges. A few of them, through their will power and determination try to achieve their dreams. However, it requires the support of stakeholders, people working directly in the disability space, government officials to develop infrastructure and provide a platform for them to excel.

This reminded me of Dr SriPadmini Chennapragada, a disability sports researcher who wanted to become a medical doctor. Padmini comes from a middle-class family where all her family members are either bankers or engineers. Padmini was raised in Hyderabad and had very little exposure to the medical world. However, as she grew up and was preparing for exams, she wanted to explore options beyond medicine. That is how Padmini was introduced to rehabilitation while she pursued her studies in Physiotherapy. It was with one thought in mind that Padmini would get an opportunity to work with people with disabilities, that she decided to pursue her further studies in physiotherapy.

However, she realised that there is no holistic content on disability related studies and there was limited exposure. Then she decided that if she needs to work closely with PwD’s, then she will have to explore Kinesiology. That is how Padmini pursued Master of Science (Adapted Physical Activity, USA) and learnt more on sports for PwDs.

As a researcher, Padmini was interested in conducting research and wanted to know about where the players/athletes lived or what their needs were. She later came back to India to learn more about the special schools and to implement programmes for PwDs. Later, Padmini created a social media campaign called ‘AdaptedSportsIndia’ which has now turned into a movement. This initiative has been taken up to educate and encourage Indians with disabilities to take up sports to improve the quality of their lives.

‘Adapted Sports’ are sporting activities and events that are planned or designed while considering the diverse needs and abilities of persons with disabilities. The word Adapted Sports is predominantly used in the United States and also finds its origins within the Adapted Physical Activity movement that was popularized by the research and advocacy work led by Dr. Claudine Sherrill of Texas Woman's University.

“There are higher chances of them engaging with their peers and creating lasting relationships that can impact other aspects of their lives. Because of a disability, people everywhere experience accessibility barriers and when sports must be made possible for them, these barriers have to be eliminated. That is why I see sports as a changemaker for people with disabilities,” added Padmini who has got her PhD in Adapted Physical Activity.

Stating that lots of education and awareness programs are required, Padmini further said, “There is a serious shortage of information within the community of persons with disabilities in India. And currently the heavy lifting for all that shortage is being borne by special schools that are working with less support and resources from the government,” added Padmini who believes in a rights-based approach for PwDs.

After being told to stay away from seeking information, she realized the only way left was the Right to Information (RTI). Padmini then used the RTIs to research the disability sports scene in India. Padmini has filed more than 35 applications under RTI to delve deep into disability sports and to understand the ecosystem. However, she has never received a useful response.

“Unless we are keen on bringing in trained professionals to only work as technical teams within Indian sports at all levels, we will stay a nation that is struggling to become a sporting nation but in reality, we are not even within the mindset to make it happen. Indian sports administration networks and circuits are to this date quite archaic in their practices and are led by people who are highly patriarchal. At times I have received threats to stay safe because these are not the places for women to venture into or question the status quo,” concluded Padmini who currently serves as a Program Director for the Indian Wheelchair Tennis Tour (IWTT). In this role, she helps develop training camps for Indians with physical disabilities to participate in regular wheelchair tennis programming.