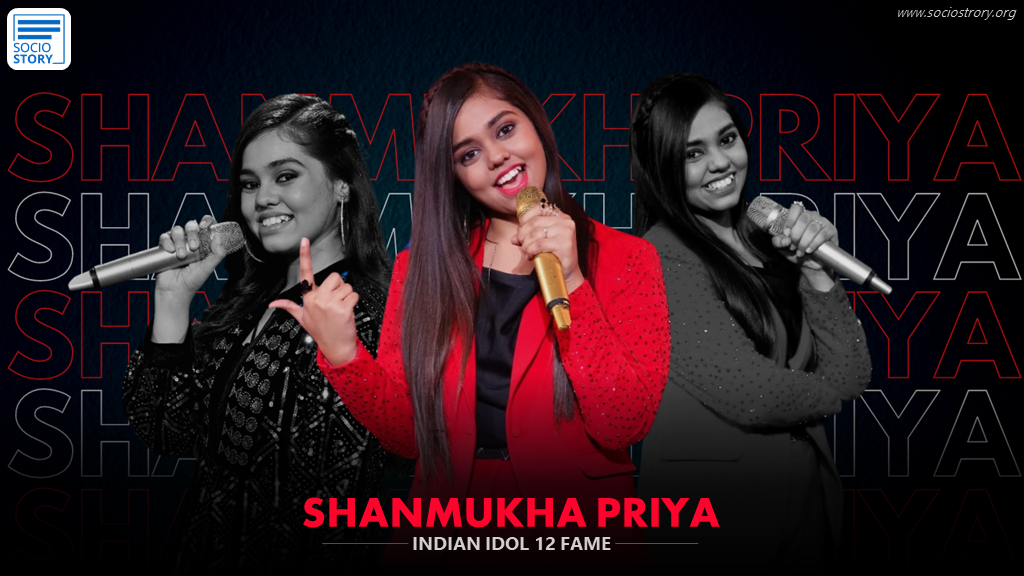 From winning the hearts of audiences to garnering appreciation from eminent singers/actors/artistes across the country, singing sensation Shanmukha Priya from Visakhapatnam shares her roller-coaster journey with Socio Story while she is all set to meet her fans in the city of Destiny on September 5.

Superstar Priya,18-years-old, was among the top 6 finalists of Indian Idol 12 which concluded recently. The other finalists include Pawandeep Rajan, Arunita Kanjilal, Sayli Kamble, Mohd Danish, and Nihal Turao. Having participated in a lot of reality shows, participating in India’s most celebrated singing reality show -Indian Idol 12 was a dream come true for this super talented young girl. Mesmerised by her singing, judges in the show always had a special mention about her performances.

Born into a Telugu-speaking family where her father Srinivas Kumar is an instrumentalist of Veena and mother Ratnamala, a music teacher, Priya derives inspiration from her parents. When Priya was as little as a 3-year-old, her parents recognised her talent in singing. There has been no looking back since then as Priya has appeared in 12 reality shows till date.

“There was something magical in Priya’s voice. When she was around three years old, I heard her humming to the tune played on an alarm clock. I started to give her notes and rhythm, and to my surprise, she performed well with her vocals. Her journey into music thus began and the studio became her second home,” stated Srinivas a.k.a Veena Srinivas.

Termed as ‘Jazz Star of India’ by A R Rahman, Priya made her debut in reality singing in 2008 in the TV show Sa Re Ga Ma Pa L'il Champs 2008 on Zee Telugu. Her next show 'Padutha Theeyaga', which was judged by S P Balasubrahmanyam was her major breakthrough. Following the success on the television, she became a playback singer at a very young age and recorded a song for the 2010 Telugu film ‘Tejam’. Later, she appeared in five television singing shows.

Priya who recently completed her 12th grade came out in flying colours with a score of 97%. Priya will now be pursuing her B Sc in Visakhapatnam. Balancing both her academics and singing, Priya has gained huge popularity across the country for singing top numbers from Bollywood, Tollywood and Hollywood.

Priya has always added a personal touch to the songs she sings and has left audiences mesmerised. While she experiments and adds new variations to songs, she is popular for singing high-pitch songs.

Her performances are not only enjoyed by her fans but also celebrities. Actor Arjun Kapoor was mesmerised by her singing in the Indian Idol show and had taken her autograph. She was also appreciated by Indian Film Composer A R Rahman, Femina Miss India runner-up 2020 Manya Singh and a lot of other celebrities.

The city of Destiny shall welcome her to the gala event being organised to celebrate her talent as well as for making the city and the country proud.